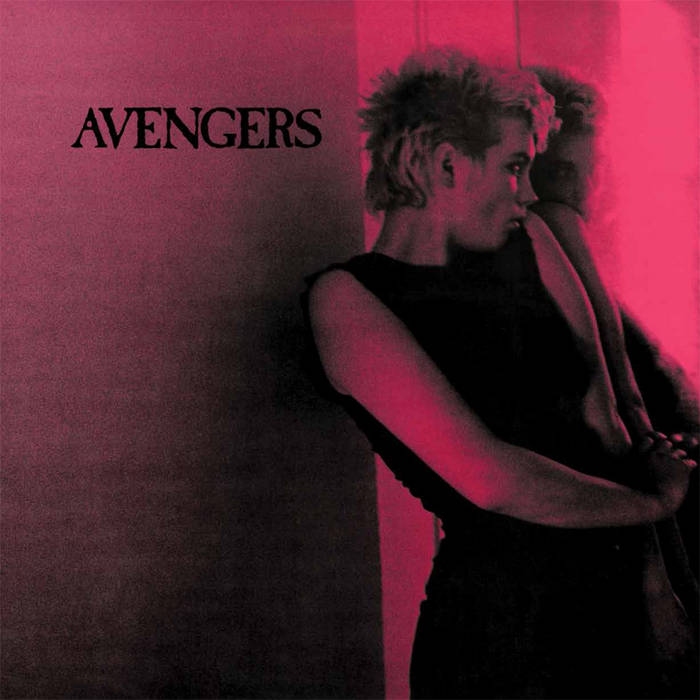 lynott77 Fuck yeah! Turn it on,turn it up,rock the fuck out. Most righteous!!!

Richard Weems What a pile of awesome early punk rock from a legendary band and leader that just doesn't get enough love nowadays. Give them love--buy this.

Joseph Woolnough One of the finest first-wave Punk bands to have emerged out of 70s San Francisco.
Their 'Pink Album' is definitely a forgotten classic.

Prague Spring Happy to say I bought this album on vinyl when it first came out. Nice to have a few more tracks on the digital version. Favorite track: Uh-Oh.

The Avengers were one of the first and most influential female-fronted punk bands in the US. In two short years, June of 1977 to June of 1979, singer Penelope Houston led The Avengers in just over 100 performances, from the Mabuhay and the Masque to supporting the Sex Pistols at Winterland (that group's legendary final show). They headlined shows with X, the Go-Go's, and the Dead Kennedys. During their brief existence, The Avengers released the We Are The One 7" on Dangerhouse Records and the four-song 12" EP on White Noise. In 1983, drummer Danny Furious and bassist Jimmy Wilsey gathered together these and other studio recordings for the full length self-titled LP -- the infamous "Pink Album" -- which would soon become the band’s essential release. Out of print for decades, Avengers has been the lost artifact of the first wave of American punk.

New generations of music fans continue to discover The Avengers, and this never-ending demand has spawned countless bootlegs and two official collections of alternate material. As long-time fans wear out their original LP’s and new fans scour the Internet for dubious downloads, the question arises again and again; "When will the ‘Pink Album’ be officially
re-released?" After literally years of effort the band has succeeded in making this release possible.

Disc 1 contains the original tracks and track order from the 1983 LP.
Disc 2 has the two bonus cuts that first appeared on cassette and CD versions of the "Pink Album" along with live recordings, rehearsal tapes, and studio demos. This set presents twenty-seven different songs and unique versions of four songs -- including alternate vocal mixes of "Uh-Oh" and "The American In Me" from the long out-of-print White Noise EP.